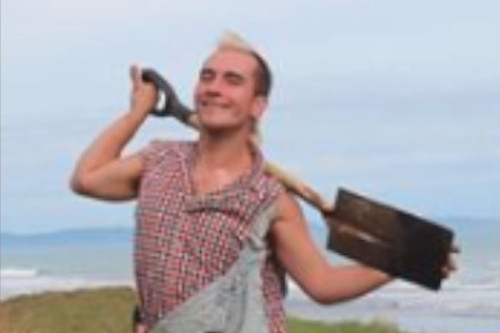 Hawthorn Blossom (Marc Block) has been involved in the Queer Spirit Performance team since the first festival. A professional musician and folk singer, he has run folk gigs in his home-town of Nottingham, hosted the Open Mic and Barleycorn Stage at Gate to Southwell Folk Festival for several years, and run the Acoustic Stage at his local community festival, Stuff of Life. He was a close friend, driver and accompanist to the veteran folk singer Roy Bailey, who died last year, and this July, at Music on the Marr in Cumbria, Blossom is curating a concert in tribute to Roy, including such luminaries as Leon Rosselson, Martin Simpson and Sandra Kerr.