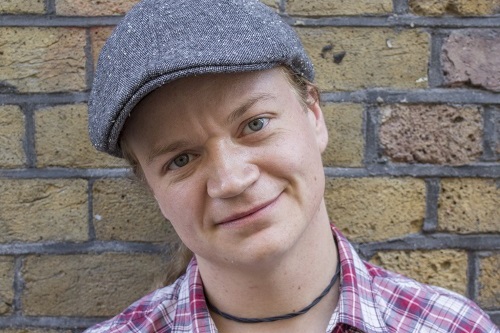 Puck is a genderqueer elf who joined the core Queer Spirit team in 2017. Puck has been involved in Tantra for about 5 years and was overjoyed when Quintasensual emerged in 2014 which opened up a whole new wonderland of intimacies and friendships for them. Puck is passionate about providing alternative narratives to ones that position sexuality and bodies as shameful and pathological.

Puck does not identify with any particular kind of spirituality or traditions, but feels that The Elements provide a way of which they can connect with aspects of the universe/spirit that are bigger than themselves. In the summer of 2016 Puck had a rite of passage ceremony to mark a significant change in their life, a day that brought much emotion and vulnerability. This was only made possible due to spaces that celebrate queer sexuality being available. Puck is passionate about creating spaces where queer people and communities can be celebrated.

Puck has assisted on various workshops and queer sexuality spaces, such as supporting Al with que’s Sex Magic and holding the Fire Space at Koinonia. Puck works as a psychologist in the field of gender and sexuality, as well as having done research within this field. Back in their undergraduate days they ran one of the dance music societies which involved organising various music events, including some parties in the welsh hills, which some people might call raves. They have not been involved with an event as big as Queer Spirit before and are excited to see what this adventure will bring.