My personal perception of the name of the festival, by Al Head 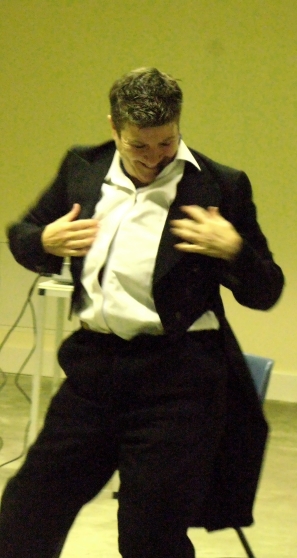 Why Queer?   Queer is a word that means different things to different people. For example many people still think of queer as a word meaning something strange, odd or weird.

I personally don't have a problem with this definition, especially as the word weird has its roots in 'wyrd', an old English word meaning witchcraft or magic! But it is certainly not the whole truth.

For many years, the word's main use was as a derogatory term for homosexual women and (especially) men and for some, especially older gay men, this is still how they perceive the term. They are, therefore,  understandably suspicious of our use of it, and I can only apologise to them for any feelings that this may generate. Because of this background, some people use 'queer' as an alternative to 'gay man', but, while honouring the history behind it, this, to me, is too narrow a usage for the inclusivity of Queer Spirit Festival.

Being a feminist, I am no stranger to the tradition of reclaiming words. Words used as insults, such as 'dyke', 'cunt' and 'slut' have been embraced with delight as denoting things that are strong and beautiful rather than things to be reviled or derided. In some ways the developing, modern uses of the word 'queer' continues this tradition. But whereas words like dyke and cunt have not essentially changed their meanings, in fact often being returned to earlier, 'original' ones, the meanings of the word 'queer' are growing and changing.

In many contexts, now, 'queer' is used as an umbrella term for LGBTQI people. There are now so many 'letters' that it is not surprising that we should seek a term to cover everyone. I myself do often have this context in mind when I use the word. However, I also often have other things in mind!

My most frequent use of the word is in the context of the growing mass of  'queer theory'. Queer theory talks about sexuality in a new way, not as 'this' or 'that' (or even 'the other'!), not as a continuum, but as a place of fluidity, of infinite possibility. And it leads us into different ways of viewing gender, not as something set in stone but as something constructed, something performed. It perceives both gender and sexuality as chosen, as transformative, as open to change. Many fascinating books have been written about how gender and sexuality are constructed by society, and how they can be deconstructed by us.

I see Queer as 'the place where we play'. In my 'Queer Fool' workshops and performances (www.thequeerfool.co.uk) I invite audiences and participants to join me in playing with sexuality and with gender, in exploring the infinite possibilities open to us. I see Queer as a place on the edge, a place where our explorations, by pushing the edges outwards, expand the possibilities for all humanity. I perceive it as a stepping out of the boxes of labels and definitions to a place where we can dance between and around them, taking up and discarding identities and behaviours as we wish.

Some people take this even further, seeing Queer as a wider term, encompassing more than gender and sexuality. For instance, here is Rhea Wolf's definition in 'Queer Astrology' (San Fransisco CA 2014):

She goes on to say that:

...queering something means leaning into the questions, allowing uncertainty and unknowing, moving beyond our expectations so that something new can emerge."

I like this extension of queer, and hope it gets reflected in our festival. To me this way of seeing queer leads on from the 'personal is political' ethos of the feminist and early 'gay' movements and brings us firmly into the modern world. It shows queer to be a place of the pioneer, a movement of people who make their own choices, who make up their own rules and rewrite relationships along with all other areas of their lives. Queer now starts to include people who are living polyamorous lifestyles and people who are rewriting the ideas of family and of community. It starts to include all people who are questioning the way that we are told to live our lives, and who want to change the way that people and their relationship to society are perceived.

The 'queer movement', if such a term can be used (and I believe that it can) for a movement that is happening in many directions at the same time, is a movement of inclusion. Queer communities challenge not only homophobia and transphobia but all the 'isms', all the ways that people are boxed in, defined and oppressed. And so the Queer Spirit Festival comes out of a commitment and dedication to inclusion. It welcomes all LGBTQI people, and others who may identify as heterosexual, or who may identify with none of these terms, who want to play, learn, celebrate and share together, and who want to , together, create something new. It is for all those who want to step, together, into the possibilities of uncertainty, into the fear and excitement of an unknown future. This is queer to me.

So, queer, we have found, has many meanings, all of which, I believe, are reflected in our festival. And the same can be said of the word 'spirit'. 'Spirit' is 'the brave, indomitable spirit of LGBTQI people': the bright spark that has kept us going through oppression and attack, has helped us bond together and support each other and helped us to change the attitude of whole societies, not only to us but to everyone. I celebrate and glory in that spirit.

At the same time, 'spirit' refers to spirituality, to that awareness of 'something more' than the 'material world' that all spiritualities share. In the spirit of queer inclusion we welcome people from all spiritualities (and those who have a sense of 'something more' but do not have a definition for it), as long as they have a shared respect for all other people and for the earth. I also use spirit in the sense of 'spirits', all those non-human, ephemeral beings who, I believe, live on and around the earth, whether or not we are aware of them. These I also include and honour.

And I use 'spirit' in the sense of 'essence', of 'soul', of the distilled elixir of the alchemists that is the core of life itself. 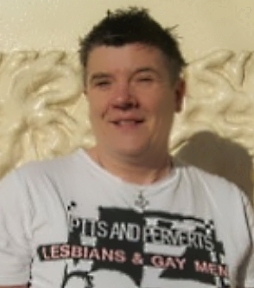 And Queer Spirit is something else, for me, and for some others, although not by any means for everybody. But it was there for me in the naming of Queer Spirit Festival, and so I will name it, acknowledge it, here. I am a pagan, someone who has a spirituality based on the land on which I live. I have a direct relationship with this land and with other 'beings' that dwell on, in and around it. I believe in faeries, not just the 'Radical Faeries' which are one of the communities to which I belong, but the ones that live at the bottom of your garden, and in woods, streams and caves. I sense and sometimes am fortunate enough to communicate with faeries, elementals, deities and other non-human beings. And for a long time now I have had a sense of one specific being that I call Queer Spirit, a spirit that appears differently to different people  but that has its own essence, its own reality. I often sense this being when I am in a circle of queer people. Sometimes I particularly ask them to come and join us, and sometimes they do. Sometimes I have 'seen' them as a joyous, dancing, androgynous being, shining in shades of purple. I don't ask you to 'believe' in this with me, your experience is your own. I only speak my own truth.

And so when I say the name Queer Spirit, as well as all the other definitions that I have spoken about, I have this being in mind. And it is to this being that I, personally, dedicate this festival, and all the work that I am doing to make this festival happen. I have felt them with us on this journey, inspiring our dreams and energising our visions. I will celebrate with them at the festival, and feel their presence there, as I have felt it on our visits to the site and in our pre-festival rituals and gatherings. And I will share that celebration and that dedication with all who wish to share it with me.