Sun, Mercury, Venus and Mars are all in the playful, generous, fire sign of the Lion as we gather on the 14th August for our Queer Spirit celebration . After a tough year energetically, the cosmos is saying get out of the cage! It's time to have some fun, feel the love and spread the joy: the Leo in us all is the child of the universe wanting to perform, play, make love, and he is shining through ALL of our personal archetypes right now! SHINE ON! 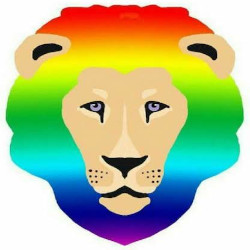 The Moon is in Aquarius as the 3rd Queer Spirit Festival opens, reaching its peak fullness in opposition to the Leo Sun on the afternoon of Thursday 15th, when all workshops and performances will stop for two hours so that everybody on site has the chance to experience join a large group ceremony, which focusses on building networks of emotional and spiritual support during this time of massive ecological, political and social shifts on planet earth as humanity staggers into the Age of Aquarius.

The Leo-Aquarius axis takes the unique creativity and self-expression of the individual, unites it with the higher vision and community spirit of Aquarius, the gayest sign of the zodiac – Aquarius is of course Ganymede, the beautiful shepherd boy with whom Zeus fell in love, turning himself into an eagle to swoop down and lift him to heaven to be cup-bearer to the gods.

The Sun, Mercury, Venus, Mars, Jupiter all in fire element are backed up and grounded by two big planet players in earth – Saturn in Capricorn, where he has been since 2017 and which he will finally move away from at the end of 2020, is grounding our visions and pushing us to do the work to make them real; and Uranus in Taurus, in which he sign he has now settled until 2025.

Uranus, the ruler of Aquarius, is the queer planet of the solar system – and he is the awakener, the revolutionary. Uranus is unique as the only planet in our solar system that rotates on its horizontal axis. He literally rolls through the universe, and at an amazing speed – for while the planet is 47 times the size of the earth, a day lasts only 10 earth hours. Mythologically, Uranus was the original male principle, the Sky God, who was castrated by his son Chronos (Saturn), after which his sexual energies were channelled into the creation of art and beauty. The first Uranian moons that were discovered were named after the faeries of Midsummer Nights Dream – Titania, Oberon, Umbriel, Miranda, and Puck.

Besides this, I believe it is possible to track LGBTQ liberation alongside the planet's astrological movements since it was discovered in 1781. In the century after the discovery of Uranus, the first modern gay philosophers emerged – Karl Ulrichs in Germany, Walt Whitman in the USA and Edward Carpenter in England - putting the case for the honour and holiness of same-sex love – and transsexuality (they used the term 'intermediate types') – adopting the term 'Uranian' for queer people, to emphasise our connection with the Goddess Aphrodite Urania, the patron of non-reproductive love (and an older manifestation of the very hetero-inclined Aphrodite that came later).

The first group campaigning for gay rights, the Mattachine Society, was formed in the USA in1950. Uranus had just began its journey through the sign of the Divine Mother energy, Cancer. This was the moment, I suggest, when some significant number of the gay people of the world started to listen to her call to us to come home to ourselves, to start to reclaim our place on the planet after so many centuries of it being denied us.

The practical work of legislation relating to gay rights happened in the UK in the 1960s, leading to the Sexual Offences Act of 1967, while Uranus was in the sign that lives to improve the world, Virgo.

The spark moment for the modern gay rights movement is usually seen as the Stonewall Riots, June 28- July 1st, 1969. Uranus had completed its journey through the calm and sensitive Virgo just four days earlier and was settling into its long stay in Libra, the sign of balance and justice, which we now were ready to demand.

During the incubation years of the HIV virus spreading quietly among gay men, the late 70s, Uranus was in the underworld mysteries of Scorpio, with the first case later recognised as AIDS coming in 1980. While Uranus was in Sagittarius (1981-88) the search for ways to treat HIV was underway, as was the rise of a politicised and self-conscious queer community.

While Uranus was traversing Capricorn (1988-1996) many efforts were made to raise our political game, and once our queer planet settled for the long haul through its home sign Aquarius in 1996, the HIV crisis started to abate and things really began to speed up for lgbtq visibility, rights and acceptance. In the UK, an equal age of consent was finally enacted in 2001, while Uranus was in Aquarius.

The moves to recognise same sex relationships, through civil partnerships and marriage, spread around the world while Uranus was in the emotional, universal, compassionate energy of Pisces 2003-2010.

During the period of Uranus in Aries 2010 – 2018 we saw the Arab Spring, Occupy, and the growth of the women’s movement and Blacklivesmatter, and also the huge disparity in rights and conditions for LGBTQ people around the world has come very much into focus, forcing some of us queers to think more deeply about who we are and what is really going on. Aries is about self-identification and during Uranus's transit we saw huge shifts around identity, with lots of letters added to the LGBT cosmos as we go deeper into the many manifestations of Queer.

Some astrologers have been pointing out, usually with a frown, that the last time Uranus was traversing Taurus was 1934-1942, which saw the outbreak of horrific worldwide war. But as the energy of Uranus is anti-authoritarian I like to observe that this period saw the rise of resistance to fascism, leading to its downfall a few years later. There are plenty of signs in the world that similar tensions between control and freedom are playing out again, and the battle to secure a peaceful, tolerant future for humanity is certainly well underway.

Uranus in Taurus is also urging us to wake up to the divinity of our physical forms, and enjoy them.

WE COME TOGETHER AT THE AQUARIUS FULL MOON, UNDER THE BLAZING LEO SUN, TO AFFIRM OUR STRENGTH AS INDIVIDUALS AND AS A COLLECTIVE – THE LGBTQ+ COMMUNITY FINDING OUR POWER, OUR PURPOSE, OUR SACRED PRESENCE …. and of course, having a great time doing it.....

The Stars are saying GO LIONS! PLAY with PURPOSE!!