Queer Spirituality is the movement of LGBTQ+ people DISCOVERING, CELEBRATING and REDEFINING WHO WE ARE, shaking ourselves free from limiting beliefs and imposed labels as we RECLAIM QUEER NATURE as innate and part of the sacred Wholeness of Life. It is Queer people taking matters of faith into our own hands, making way for the magical flow of the divine gifts of the Soul, free of religious dogma. It is Queer people finding our own ways to commune with and celebrate the Mystery behind all Creation, however we perceive that, and reclaiming our own nature-based, body-positive, celebratory spirituality after centuries of suppression. 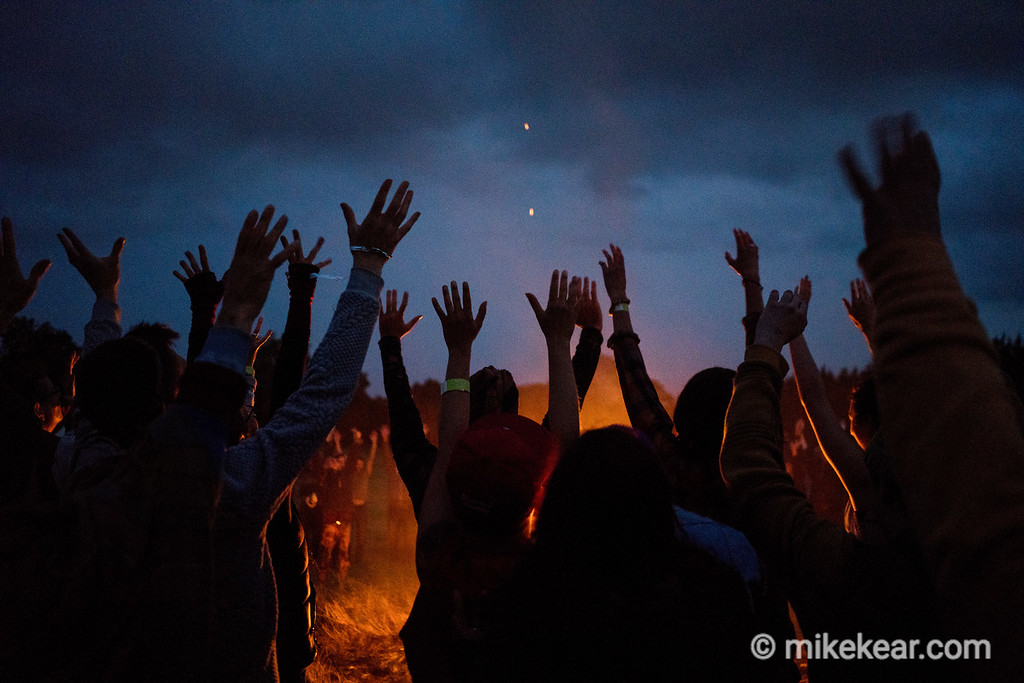 Spiritual liberation is the missing element in the modern journey of LGBTQ+ people around the world. Coming out about our sexuality or gender identity results from our need to be true to ourselves, we listen to our souls and from the soul comes the courage to be who we are. Coming Out is a profoundly spiritual statement. Going against the grain of society’s expectations is an extremely courageous thing to do. It may be getting easier to come out in certain parts of the world, but even in western societies coming out — becoming identifiable as one of the queer minority — is still fraught with stress and even danger. Coming out is a spiritual act because it is a statement of ‘I AM THAT’ — we look inside ourselves and eventually decide the feelings and desires we find there must be allowed freedom to be expressed.

This is just the start of our spiritual journey. Coming out is the result of deep inner questioning, a search within ourselves to find and accept who we are, usually in the face of huge pressure to conform to the heteronormative standards around us. The potential is in us to continue that questioning all the way through to the spiritual. We live at a time now when all the world’s spiritual systems are available to us — spirituality is no longer controlled by a religious elite, it is in the hands of the masses. To reject god and all spirituality because of the ignorance and hatred of certain religions is too simplistic.

Spirituality is about exploring who we are, what it means to be alive, and how we interconnect with other people and all of creation. We are more than the body — we are beings of thought, of emotion and passion. Spirituality is about understanding how these parts of us affect each other, and learning to create the life that we wish to live.

Queer Spirituality is also about the LGBTQ+ people of the planet becoming conscious of and dancing in the Unity of life: it’s not that we have ONE LIFE, it’s that there is ONE LIFE and we are all it! We can use traditional religious terms and imagery to describe this, but we can also find our own forms of expression. By being outside the mainstream norms of society queers are perfectly placed to work out our own answers, this applies to spirituality as much as to our sexual expression, the relationships and cultures that we create.

Life is a queer journey of constant discovery, most enjoyed when we follow our passion. Everyone on earth is an incarnation of the sacred oneness, and deserving of the right to self-expression, to be who they truly are and to love whom they wish to love. This is the message Queer Spirit brings to the world. 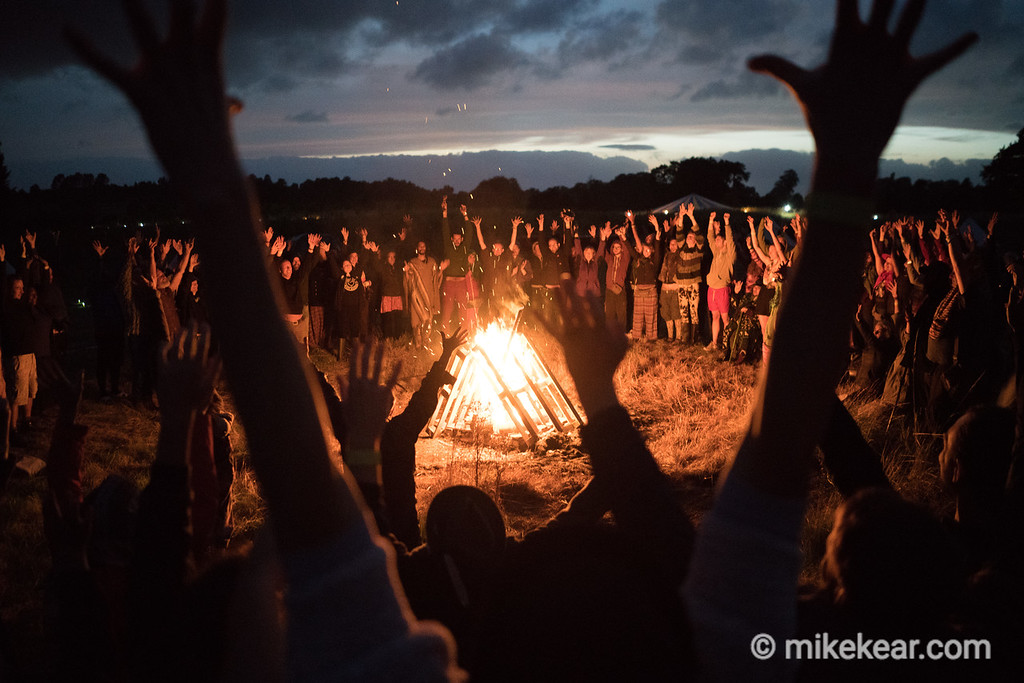 The idea that same sex love and gender-variance are somehow AGAINST NATURE developed over the centuries in the Judaeo-Christian tradition, in sharp contrast to the holistic worldviews of the pagan cultures of the ancient world and of traditional belief systems around the planet, none of which came up with the notion that the Creator could create something in error.

Debate still rages in some corners today about the meaning of the Levitical prohibitions in the Old Testament, but it was clear to some historians at the start of the 20th century that “...the Hebrew's abhorrence of sodomy was largely due to their hatred of a foreign cult. According to Genesis, unnatural vice was the sin of a people who were not the Lord's people.... we know sodomy entered as an element in their religion. Besides kedeshoth, or female prostitutes, there were kedeshim, or male prostitutes, attached to their temples. The word Kadesh, translated 'sodomite', properly denotes a man dedicated to a deity; and it appears that such men were consecrated to the mother of the gods, the famous Dea Syria, whose priests or devotees they were considered to be.... the sodomitic acts committed with these temple prostitutes may, like the connections with priestesses, have had in view to transfer blessings to the worshippers” Edward Westermarck, 1906 from The Origin and Development of Moral Ideas.

Philo of Alexandria was a Jewish philosopher of the 1st century whose writings were extremely influential on the early Christian Church. According to historian Louis Crompton, Philo was “attempting to rationalise a purportedly divine command so at odds with Greco-Roman customs,” ie the laws of Leviticus against same sex relations and cross-dressing. Philo railed against the “disease of effemination... the transformation of the male nature to the female.. practised by them as an art and does not raise a blush.” Cross-dressing was a common feature of pagan rituals, Philo complained about the “hybrids of man and woman continually strutting about through the thick of the market, heading the processions at the feasts, appointed to serve as unholy ministers of holy things, leading the mysteries and initiations and celebrating the rites of Demeter.” His fury was not only directed at effeminate males – Philo's verdict was that the active sex partner “renders cities desolate and uninhabited by destroying the means of procreation.”

Philo's writings were the first in Antiquity to associate the destruction of the cities of Sodom and Gomorrah with homosexuality – his contemporary, Jesus, referred only to their sin of inhospitality. Jewish convert to Christianity, St Paul, whose writings did the most to shape the theology of the new religion, followed Philo's line rather than that of the religion's founder, giving us the phrase “against nature” in reference to the sexual rites in the pagan temples:

http://www.clipcards.net/“For even their women did change the natural use into that which is against nature: and likewise also the men, leaving the natural use of the woman, burned in their lust towards one another...”

In fact, cross-dressing, gender-fluid, queer priests/priestesses were nothing new, they had long featured prominently in the temples and rituals of the ancient world, and same sex relations had been viewed as normal in cultures from Gaul to Greece and beyond. As gay historian Arthur Evans wrote in his book Witchcraft and the Gay Counter-Culture (1978):​

“The Christian oppression of women and Gay people was no accident. Their freedom and high status in the old religion made them prime targets for the new religion, which was profoundly anti-sexual...

“All the evidence indicates nature people fucked for pleasure. Their purpose was to celebrate sex. Their orgies were acts of sexual worship to the power of sex they felt in themselves and in nature around them. Their religious feasts were characteristically joyous: dancing, feasting, fucking together. The Indians who have been observed in the Americas; the myths that have survived in Europe; the artifacts that exist from all over the world – all attest to the pleasure of what the celebrants were doing. George Scott has rightly observed “that, without exception, the worship of sex by all primitive [sic] races originated in the pleasure associated with coitus, and not in any clearly conceived notion that intercourse would produce children”. Hence it is a misrepresentation for industrialized academics to call such celebrations “fertility rites,” as they usually do. The orgies were not clumsy attempts to increase the gross national product by people who had a very rude understanding of economic laws. Nature people did, indeed, believe that through such acts their bodies would become stronger, the crops would grow taller, the sun would shine brighter, and the rains would come in profusion when needed. But they believed these things because they had a collective tribal feeling of the power of sex throbbing through the whole of nature; their experience of sex was so open, public, communal and intense that they felt it reverberate through the whole cosmos.”

It took centuries for this mindset to change, but gradually it did...

13th century Dominican priest Thomas Aquinas described homosexuality as the “greatest sin among the species of lust” calling it contrary to the natural order of things as ordained by God. Aquinas’s position as a major Christian philosopher caused this view to be assimilated into Western society. The Inquisition charged and tried people for sodomy – the medieval word for ‘unnatural’ sex acts – along with its infamous trials for heresy: in fact heretical beliefs and same sex relations were so associated that the word Bugger derives from the Bogomil heresy, which spread from Bulgaria into western Europe. Bogomil's actual meaning is 'Beloved of God'.

Penal codes and religious laws continued to justify the persecution of sexual 'deviance' on the grounds of it being 'against nature'. England's 18th century legal authority, William Blackstone, commented that “the infamouse crime against nature” was a “disgrace” so revolting that it should “not be named among Christians,” and should be punished by death, as God had shown his disfavour of working “the destruction of two cities by fire from heaven.” So ingrained was this belief that when scientific minds approached the subject of homosexuality from the late 19th century the assumption firmly in place in most minds was that it is a disease, a problem. Only in the late 20th century was homosexuality removed from lists of psychiatric disorders, and, sadly, the nature of transgender identities are unfortunately still debated.

AFTER SO MANY CENTURIES OF REPRESSION OF THE NATURAL EXPRESSION OF GENDER FLUIDITY AND SAME SEX LOVE,
QUEER PEOPLE ARE NOW ABLE TO EXPLORE OURSELVES MORE FREELY.
FINALLY WE ARE FREE TO DEFINE OURSELVES
TO SHAKE OFF LABELS IMPOSED ON US BY HETEROSEXUAL MINDS
AND INFORM THE WORLD ABOUT WHO WE ARE
AS WE DISCOVER OUR HISTORY
AND RECLAIM QUEER NATURE
AS ENTIRELY NATURAL