Back in the late 19th century, a time when the spiritual and mystical was still more engaged in society than it was a century later - and people were more educated in classical literature and history - early pioneers of gay liberation definitely and defiantly could still feel the connection to the religious and political reasons that the world turned against us, and knew of the associations in ancient times between queer people and the sacred.

In those ancient days the shoots of gay repression were noticed.  Plato wrote: 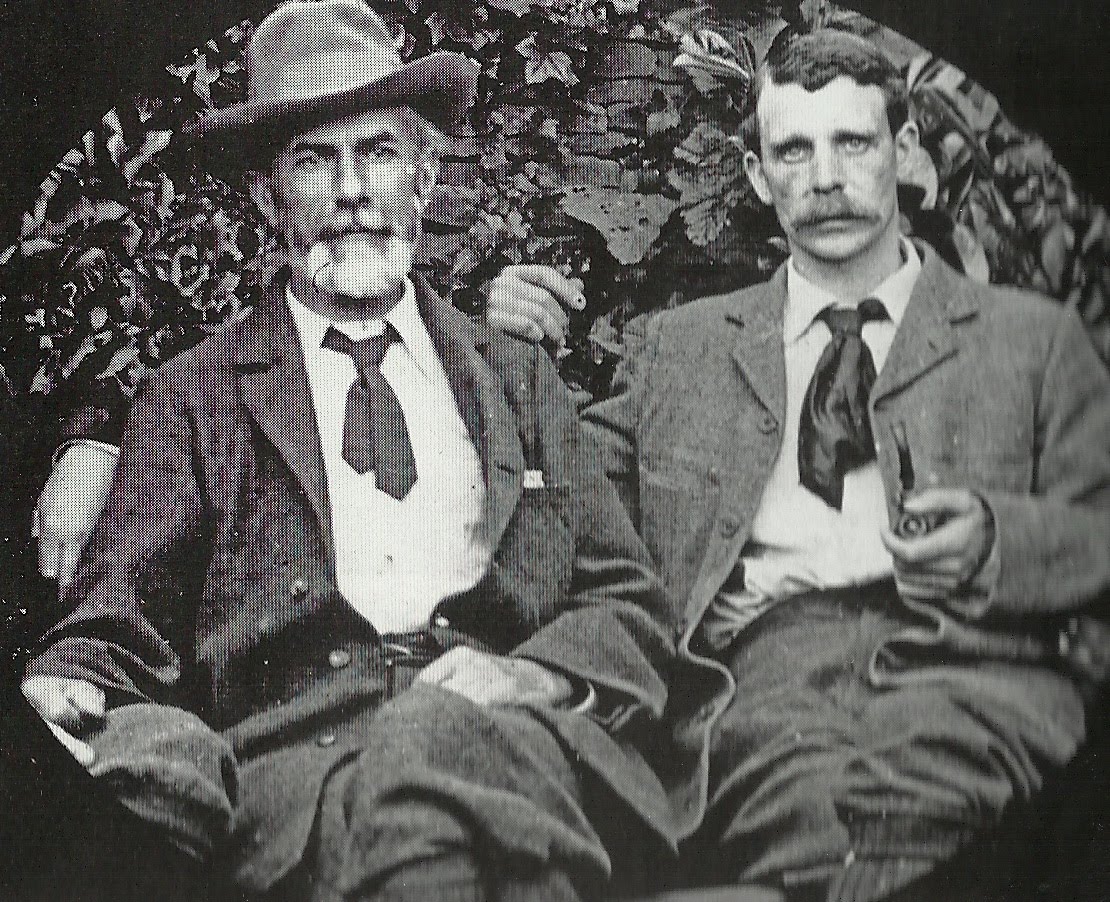 Edward Carpenter (1844-1929) believed all of humanity would eventually shake off the morbid, body-denying religions of the world to free the pure soul within:

"The meaning of the old religions will come back to him. On the high tops once more gathering he will celebrate with naked dances the glory of the human form and the great processions of the stars, or greet the bright horn of the young moon which now after a hundred centuries comes back laden with such wondrous associations – all the yearnings and the dreams and the wonderment of the generations of mankind – the worship of Astarte and of Diana, of Isis or the Virgin Mary; once more in sacred groves will he reunite the passion and the delight of human love with his deepest feelings of the sanctity and beauty of Nature; or in the open, standing uncovered to the Sun, will adore the emblem of the everlasting splendour which shines within” Edward Carpenter, Civilisation: Its Cause and Cure 1889

What the world forgot, and queer people are now gradually remembering, is that we were once prominent in sacred roles in the pagan world. Victorian gay writers knew this, and some modern writers since the 1970s have been reclaiming it too - so have some queers, in our hidden sanctuaries around the world -and since 2016 in public at QUEER SPIRIT FESTIVAL - but the mainstream, commercially driven gay culture does not grasp or share this fact.  It usually keeps its consciousness firmly locked in the lower chakras. 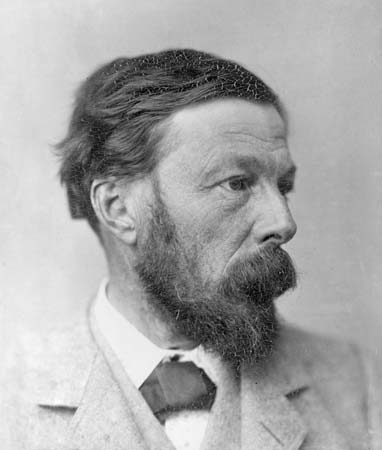 "...it is of the highest importance to obtain a correct conception of the steps whereby the Christian nations, separating themselves from ancient paganism, introduced a new and stringent morality into their opinion on this topic, and enforced their ethical views by legal prohibitions of a very formidable kind."

Frankly, this hasn't yet happened, and although certain gay prophets in the late 20th century - such as Arthur Evans ('Witchcraft and the Gay Counter-Culture"), Larry Mitchell ('The Faggots and Their Friends Between Revolutions'), Judy Grahn ('Another Mother Tongue'), Randy P. Connor ('Blossom of Bone') - pointed the way, as yet the queer community has not embraced this past.  The modern queer movement tracks its history usually only as far back as the 1960s, at most to the 19th century, and buys into the bizarre idea that homosexuality and transsexuality, as identities, are a solely modern phenomenon.

"Christ uttered no opinion upon what we now call sexual inversion. Neither light nor leading comes from Him, except such as may be indirectly derived from his treatment of the woman taken in adultery. When the Empire adopted Christianity, it had therefore the traditions of the Mosaic law and the first chapter of the Epistle to the Romans to guide its legislators on this topic. The Emperors felt obscurely that the main pulses of human energy were slackening; population all tended to dwindle; the territory of the empire shrank slowly year by year before their eyes. As the depositaries of a higher religion and a nobler morality, they felt it their duty to stamp out pagan customs, and to unfurl the banner of social purity. The corruption of the Roman cities had become abominable. The laziness and cowardice of Roman citizens threatened the commonwealth with ruin. To repress sexual appetites was not the ruler's object. It was only too apparent that these natural desires no longer prompted the people to sufficient procreation or fertility. The brood begotten upon Roman soil was inadequate to cope with the inrushing tide of barbarians. Wisdom lay in attempting to rehabilitate marriage, the family domestic life. Meanwhile a certain vice ran riot through society, a vice for which Jehovah had rained fire and brimstone upon Sodom, a vice which the Mosaic code punished with death, a vice threatened by St. Paul with "that recompence of their error which was meet."

"Justinian, in A.D., seems to have been terrified by famines, earthquakes and pestilences. He saw, or professed to see, in these visitations the avenging hand of Jehovah, the "recompence which was meet" mysteriously prophesied by St. Paul. Thereupon he fulminated his edict against unnatural sinners, whereby they were condemned to torments and the supreme penalty of death. The preamble to his famous Novella sets forth the principles on which it has been framed: "Lest as the result of these impious acts whole cities should perish together with their inhabitants; for we are taught by Holy Scripture, to wit that through these acts cities have perished with the men in them.... It is on account of such crimes that famines and earthquakes take place, and also pestilences." Before Justinian, both Constantine and Theodosius passed laws against sexual inversion, committing the offenders to "avenging flames." But these statutes were not rigidly enforced, and modern opinion on the subject may be said to flow from Justinian's legislation."

Friedrich Nietzsche, in Beyond Good and Evil, wrote that "Christianity gave Eros poison to drink; he did not die of it, certainly, but degenerated to Vice"

Following the fall of the Roman Empire the Catholic Church set out to form alliances with newly emerging rulers, gradually gaining vast power, money and influence.  There were other Christian groupings that resisted the spreading influence of the Church - they objected to its wealth, its authoritarianism and its efforts to suppress women and sexuality.  Some of these became so powerful - such as the Cathars who were dominant in south western France, that armies were sent to suppress them, and their reputation tainted in the eyes of the mass population by emphasising the 'sexual deviance' going on in the groups.  European Christians did the same thing when they arrived in north America and discovered the holy shamans were cross-dressing, gender-bending queers - they labelled them 'berdache', a slang term for a gay bottom. 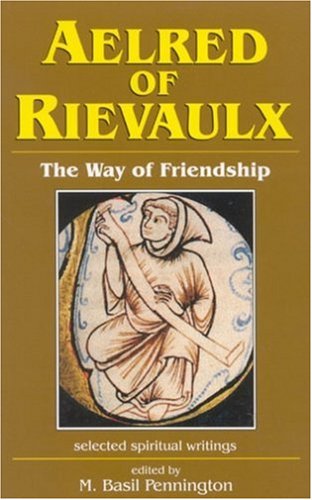 In the late Middle Ages a tide of virulent homophobia swept through Europe, with legislation enacted similar to that of the late Roman Empire, much of it revealing the mutuality in the minds of people at the time between homosexuality, heresy and magic.  Once again the population was declining, due to plagues and wars, and homosexuality was increasingly normalised amongst the religious communities - medieval monks have left us love letters, treatises (such as Aelred of Rievaulx's On Spiritual Friendship), and other writings (such as the Debate Between Ganymede and Helen, which echoes works from ancient Greece).  Benedictine monk Bernard of Cluny in France wrote that same sex lovers "are as numerous as grains of barley, as many as the shells of he sea, or the sand of the shore."  The Inquisition was given the power to prosecute people for gay sex, because it was assumed that the act itself was a sign of heretical beliefs.  Attempts by the medieval Church to eradicate same sex love from its priesthood (which are evidenced by the many rules for priests that mention it), entirely failed, but in the second millennium the Church tried another tactic - by turning its attention to and encouraging laws regulating the sex lives of the general population, the atmosphere changed, the people themselves became homophobic and started doing the Church's dirty work for it.  The first attempt in England to have sodomy declared a deadly sin from every pulpit, at the Council of London 1102, was blocked by Anselm, the Archbishop of Canterbury who stated that sodomy was common and regarded as normal by most people.  500 years later when Henry V111 brought in the Buggery Act he used it to justify shutting down the Catholic monasteries, which had long been safe havens for queers. But in following centuries this law was enforced with more rigour against same sex lovers from all levels of society, and although in England persecution of queers came later than in continental Europe, it went on for much longer too.

It took two centuries of the so-called Enlightenment in the West and scientific advancement before the Anglo-Saxon nations repealed their vicious homophobic laws. For by the time religion lost its hold on men's minds it had done its dirty work of poisoning them against queer people, the prejudice was ingrained.  The Latin nations fared better, with repeal of anti-gay laws coming in France for example in the Napoleonic revolution of the late 18th century, though obviously the attitude of the Catholic Church left its marks on us and society.

It was reason and justice, and eventually, after a long time, medical and scientific sanity that prompted the massive shift in attitudes towards queer people in the West.  Now, having once exported its homophobia, the West now seeks to spread its ideas of tolerance and respect.  As it does so we come across the fact that in so many cultures the world over there is still some memory of the time when queerkind held spiritual, sacred roles. This happened the world over, from the mahu in Polynesia, to the Indian hijra, the Angolan Quimbanda to the Native American Two Spirit.

Once queer people held sacred power in Europe too.  The modern LGBTQ+ movement pays this little attention, gives it no air, no credence.  But at Queer Spirit Festival this is exactly what we celebrate.  Here we explore the deeply creative, loving, spiritual and mystical energies of QUEER.

WE HOPE TO SEE YOU IN A FIELD SOMEWHERE NEXT YEAR.