Embracing the Changes by Al Head

We are living in a time of change and uncertainty. The Extinction Rebellion movement shows that many people are waking up and demanding a halt, although some would say it is far too late, to the destruction that human beings are wreaking upon the planet, a destruction that has already seen the loss of tens of thousands of species and huge areas of our beautiful earth. 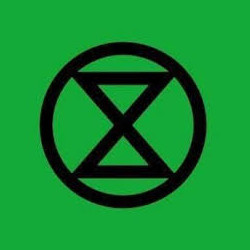 Climate change is not a myth, it is a reality that is already happening, as scientists, environmentalists, magic-workers and poets have pointed out for many decades. Our planet is composed of an infinite number of parts, all interlinking and intertwining in an intricate dance of biodiversity and interdependence. Taking out even one part of this dance is to diminish and damage the whole. And humans have taken out so many parts that the whole is reduced so much, bent so out of shape, that it is touch and go whether anything will survive. The possible extinction of the species of homo sapiens, which, like every other species, is an intricately-woven-in part of this whole, may be only a small part of the demise of the planet as a whole. It may be the inevitable consequence of our species' own actions. It may be the only thing that can save the earth.

Yesterday, as part of the Extinction Rebellion actions, I walked in a procession around Parliament Square behind a banner that said 'life or death'. But I think this question is the wrong one. It is not death that I fear. Death is a part of the natural cycles of this planet, the cycles of birth, death and rebirth/regeneration that are part of everything that the planet is and becomes. We all die: humans, insects and grass; and then, I believe, we rejoin the whole and are reborn again, in an infinite dance of growth and transformation. Whatever you believe about the death process, it is a natural thing. It is the unnatural that I fear: the war, torture and genocide that humans inflict upon each other, the disconnection between humans and the planet and the way this has enabled us to take from the planet without feeling or respect, the loss of our birthright of awareness of energy and magic, the damage we are doing even on the unseen levels.

Recently I have spent much of my time supporting and sharing the process with a close friend who is dying. I have drifted between the worlds with her and felt the strong energy of her preparation to depart. She is a follower of the Goddess, and (although I personally am these days a devotee of Cernunnos) I have seen the goddess in her dark aspect waiting to take her in her arms and cross with her over the threshold to what is waiting for her on the other side. Death, like birth, can be accompanied by pain and discomfort. It can put us in touch with the greater cycles, which may not fit into the plans we make in linear time. It takes the time it takes, reminding us that, however much we like to think we have control over our lives, we are ultimately part of a much larger pattern. Death can be messy and smelly, taking us out of the tidiness we crave. It can bring up messy emotions too, putting us in touch with parts of ourselves we try to forget. All this is true not only for the person dying but for those caught up in the edges of that process.

And death is beautiful. The peace of the times when the dying person drifts between worlds can fill all who are near. What we think of as physical beauty can be replaced by the beauty of the loving gaze between those who are learning to appreciate the moment, however long the moment lasts. The tenderness, not only of the carers to the one who is dying, but of the one who is dying to those around them, is a deep joy. And the awareness of the portal and the glimpses of the world beyond are things that are never forgotten, and that will transform all that come into contact with them.

In this time when so many humans have lost touch with their earth connection and with the cycles of the earth, it is not surprising that death has become something to be feared, hidden away, ignored. When something is not spoken about, then the fear of it grows. In the same way the destruction of the earth, known to many, has been denied and hidden because it is so terrifying and because there has seemed nothing that can be done. Because of this I am happy that the Extinction Rebellion movement is bringing the issues to our consciousness, with direct action, publicity and (to my joy, having waited long for this) magic. Bringing out the things that are hidden away means we can, if we have the courage, find a way to work with them. In the same way it is a transformative and potentially world-changing act to speak about death and to bring our ancient knowledge of it back into our communities. This will also help our movements against environmental destruction to be less focused on the fear of dying. We are not protesting death. We are protesting against those humans who have lost their way; and who have put money, power-over, the urge to control and the lure of immediate comfort and acquisition over and above the survival of us all.

We are living in a time of change and uncertainty. This is a time of crisis, for the earth, for humanity, and for many of us individually. But a crisis is also a chrysalis. It is a process that leads through dissolution and chaos into a new cycle of transformation, into new beauty and strength. Because we are part of the planet we are on we reflect and resonate with the events and energies of the planet. The larger is held in the smaller and the smaller is expanded into the larger. Many of us, I believe, have 'come back' at this time to be part of this crisis/chrysalis and to put our energies into healing and renewal.

Again, it is not change that we are resisting. Change, as death, as the cycles of the sun, moon and seasons, is a natural process. The efforts of humans to control and dominate the earth have in themselves been an attempt to resist and deny the processes of change. The fear of uncertainty that many humans have has been enshrined in the structures of society and are a big part of the problem. Life is uncertain. Everything changes. And so I believe that a big part of our movement for renewal must be an embracing of uncertainty and change, an alignment of ourselves with the cycles and the processes of the earth. And an alignment with the wider cycles too. On the astrological level big changes are happening too and these are affecting us, and pointing us in the directions that we need to focus. For example, there is a conjunction of Saturn and Pluto approaching which is already having, reflecting and supporting an effect. There are great movements stirring in the depths which are affecting our structures, our homes, the foundations of our lives, perhaps our notion of life and of time itself.

In the reclaiming, reconnecting and revitalising work that we are doing as we (re)create our Queer Spirituality, we bring many things to the surface and speak of many taboos. We have the courage to embrace the energies of change, uncertainty and death and to model this embracing for those who are less used to standing up in courage and truth. Our experiences have trained us well, and we are building a community around us that will support our risks, our transformations and our healing, or ourselves and the earth. I hope that Queer Spirit Festival this August will be a place where we can take our courage, our truth, our beauty and our strength and share them with each other; supporting each other on this amazing, uncertain, joyous journey. Blessed be.